Autochthon, meaning indigenous or coming from the source, is the title of the sophomore effort from the musical collective of Stoic Dissention. Autochthon delves into the ancient past of mankind, exploring the mystical nuances of ritual. The album incorporates dark, intrepid atmospheres while also experimenting with the avant-garde and rapturous. Autochthon is a journey into the recesses of the human psyche, into animalistic primitivism as well as extraordinary, otherworldly creation. Surging through black metal and funeral doom while also exploring avenues such as psychedelia, death metal, post rock and ambient along the way, the album delivers a sound altogether beyond vague genre classifications.
For fans of Deathspell Omega, Agalloch, Arcturus, Ved Buens Ende, Blut Aus Nord, Ulver, and Esoteric.

The album comes as Jewelcase CD limited to 300 pieces and as DigiPak limited to 50 handnumbered pieces. 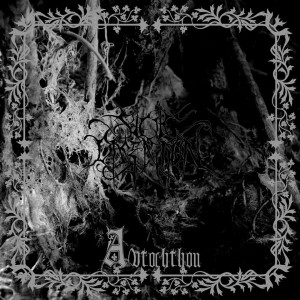 Tracklist:
1. Wolcnum
2. Weathered Stones
3. A Fevered Grip
4. The Father of My Trials
5. This Feral Temple
6. The Eldritch and the Atavistic

The Eldritch and the Atavistic video | Full album video